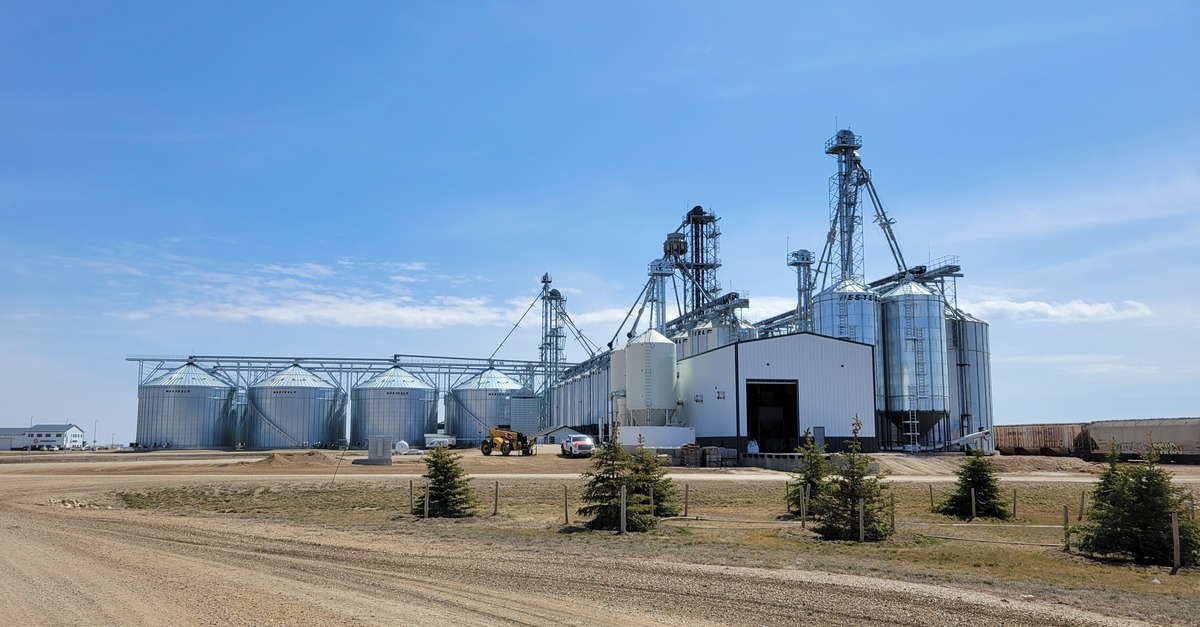 When the Kambeitz family emigrated to the Sedley area of Saskatchewan in 1899 to discover a better way of life for themselves and their children, they probably didn’t realize how their little homestead would one day lead to a 70,000 acre, fifth-generation farm and help spark the development of a $200 million plant-based food company in the province.

Today, the farming operation is headquartered at Port Lajord near Saskatchewan’s capital, Regina, and includes at the Port Lajord site, 3.4 million bushels of automated grain storage, high through put grain drying and grain cleaning for export along with a two 20,000 metric tonne fertilizer storage and blending facilities. The farm was selected as the North American representative for sustainable and scalable agriculture at the Expo Milano in 2015.

This firm footing led present-day descendent Lionel Kambeitz to take their experiences to help create Above Food, a fully integrated company that gives consumers the opportunity to follow their food’s journey “from seed-to-fork.” The company owns collection and custody facilities, maintains sales offices in several provinces, and operates manufacturing and processing facilities in Raleigh, North Carolina as well as Moose Jaw and Saskatoon. Above Food also owns a number of subsidiaries that focus on various plant-based brands.

Although Above Food was incorporated in 2019, its genesis actually began 20 years previously as Lionel Kambeitz said the agricultural industry began to demand more identity preserved (IP) crops. IP involves maintaining the unique traits or qualities of a crop right from seed through transportation, handling, and processing. This allows food processors to trace back ingredients right to their individual fields.

The continued development of IP practices led the Kambeitzs and Tyler West to co-found Purely Canada Foods Corp. in 2016, a wholesale plant-based protein ingredient provider. The company purchases, processes, transports, and merchandizes IP ingredients from Saskatchewan and Alberta to customers around the world.

Networking, friendships, and mutual interests led the Kambeitzs and West to meet entrepreneurs Martin Williams and Donato Sferra who shared a similar interest in creating a plant-based protein food business that develops and distributes plant-based alternatives to meat and dairy products. They came together to create Above Food. Purely Canada Foods became a wholly owned subsidiary of Above Food in 2020 and the amalgamated entity was set to disrupt plant-based meat and dairy markets with their next generation plant protein ingredients and consumer brands.

“It just became evident that we had a chance to build an integrated company that hadn’t truly been seen before, and we didn’t have to go out and build it in two or three different stages. We could bring it all together, so we combined Purely Canada Foods with Above Food so now we have a completely integrated seed-to-fork company,” said Lionel Kambeitz, who serves as CEO and Executive Chairman of Above Food.

The merger enabled the combined entity to address the growing industry and consumer demand for whole food ingredients and products that work to improve human health, tackle climate change, reduce the consumption of natural resources, and benefit the welfare of animals.

Since the merger Above Food has embarked upon a series of acquisitions to enhance its production capacity and build brands in the sector. It purchased Farmer Direct Organic Foods Ltd., a certified organic specialty legume proteins and grains business in Moose Jaw; and earlier this year it acquired Sonic Milling Systems, a Regina-based firm whose technology uses water and pressure to create microscopic air bubbles that can break apart a diverse range of ingredients including whole grains, pulses, fruits, and vegetables.

Other strategic investments include the launch of Discovery EARTH, which owns proprietary technologies that aid in regenerative agriculture, genetics, soil and seed-advanced genomic, and carbon dioxide capture and related auditing and certification; partnering with Umiami, a France-based food technology company that focuses on reproducing whole-cut meat and fish made from plants; and working with Summit CPG, which is scaling Above Food brands across North American grocery chains.

Purely Canada Foods has also played a role in diversifying operations with its purchase of oat food brands, Only Oats and Culcherd; as well as storage and processing facilities in Kindersley and Avonlea.

One of the most significant steps in the development of Above Food occurred last fall when it partnered with Atlantic Natural Foods, a global market leader in plant-based seafood alternatives, plant-based simple meals, and plant-based egg replacements.

The partnership with Atlantic Natural Foods brings with it the company’s portfolio of brands including Loma Linda, America’s oldest plant-based brand as well as Tuno (plant-based seafood), and Neat (egg replacer and protein-mix). Its products are available in more than 25,000 retail locations across 30 countries.

With these companies having established brands, Kambeitz said this is Above Food’s preferred method of growing rather than trying to start and build its own brands. However, the company will look at consolidating some of its brands for cost-efficiencies. Their Oats brand, for example, is being consolidated with Farmer Direct Organic Foods.

“We like to operate these acquisitions as independent subsidiaries,” explained Kambeitz. “When you buy them you want to try to keep as much of the culture, and the people, and the habits as possible in the company.”

Despite Above Food’s growing international presence, Kambeitz said the company remains firmly grounded in Saskatchewan. The head office is located in Regina and the majority of their facilities are located throughout the province.

Another factor in the company’s development has been the Saskatchewan Food Development Centre (SFDC) in Saskatoon, a non-profit organization which specializes in food and process development including interim processing, extrusion technology and quality assurance. Kambeitz said its rare to find this type of consolidated expertise in other jurisdictions.

“We do a lot of product development there,” he said. “We use their extruders and their technological capacity to build new food forms using our ingredients. We also use their certifications for Sonic Milling such as FDA, CFIA, and any Health Canada certifications that are required.”

The SFDC will continue to play a role in the company’s evolution as Kambeitz said future plans include the continued development of ingredient technologies so “we can continue to convert the seeds that we grow here into something more valuable.” As these technologies develop, the company will continue to review and consolidate its brands and raise funds in the North American Capital Markets to finance its expansion plans.

“Saskatchewan has been an amazing place to do business because of the ability to connect the entire seed-to-fork value chain,” Kambeitz said. “We have the ability to connect growers with the finished product and there is a real focus on innovation at the grower level. Saskatchewan has been a good place to launch this company and it’s a good place to continue to grow.”