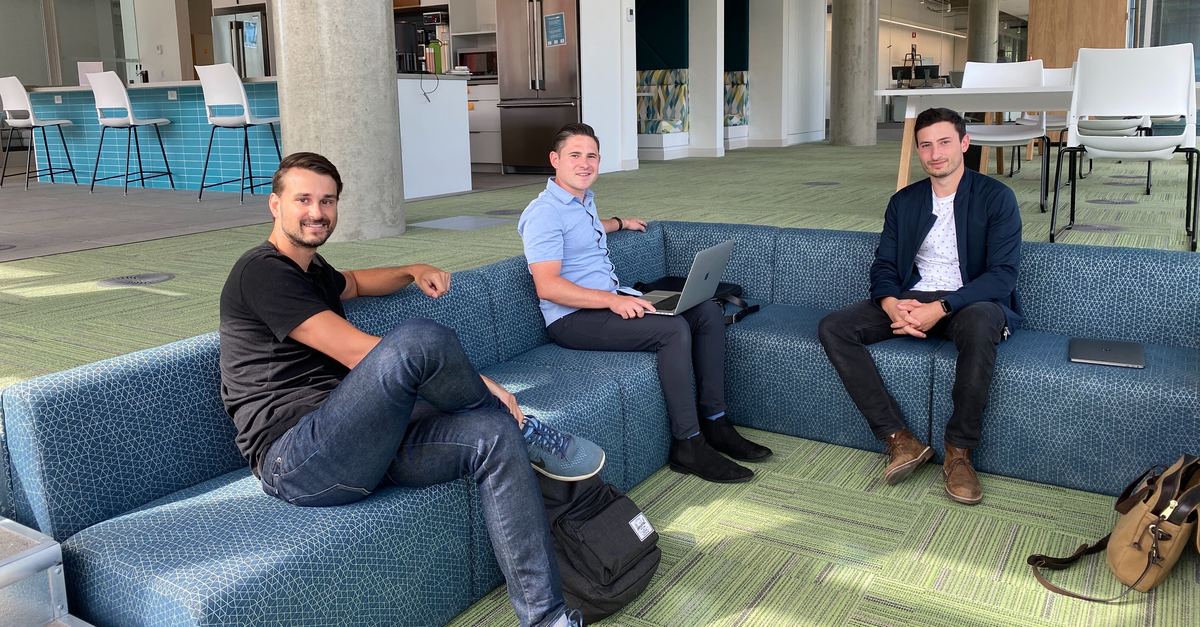 Regina man beats cancer as a kid, fights it again in role as physician and entrepreneur

It’s a great story line: Saskatchewan kid beats cancer and grows up to become a radiation oncologist who develops an innovative software application used to fight cancer. And it’s true, just not in the way one might suspect.

Regina’s Dr. Joshua Giambattista was diagnosed with leukemia when he was three years old and today he’s the spark behind Limbus AI, whose recent approval by the U. S. Food and Drug Administration (FDA) is a barrier-breaker to the American market and an important endorsement for worldwide sales. But the humble, honest and hard-working Giambattista plays down any connection between his childhood malady and his role in developing the machine learning application that helps radiation oncologists automatically and accurately plot cancer treatments. To hear Giambattista tell it, becoming a doctor was a coincidence.

“Growing up, I never felt that it would be good to be a doctor or anything like that,’’ says Giambattista, who continues to work full time as a radiation oncologist at Regina’s Allan Blair Cancer Centre. “I wasn’t even interested in being a doctor until later, because I was interested in the sciences. It just seemed like a good career path, so I thought I’d take a shot at medical school.’’

Giambattista, who developed Limbus with help from his brother Jonathan and their childhood friend Carter Kolbeck, both computer engineers, has few memories of his battle with cancer and says “it was probably much worse for my parents than me.’’ He landed in his career following radiation oncology electives in medical school that led to a research project at Blair and, eventually, a career in the medical specialty.

Radiation treatment for cancer begins with a CT scan in which radiation therapists set up the patient in precisely the position that will be used to fight the disease. The scan creates 200 to 300 cross-sectional images of the organ containing the tumour. Giambattista says Limbus uses this information as well as models based on a large anonymized database of patient scans to automatically draw critical organs and structures. This allows the radiation team to deliver a high dose of radiation to the tumour while avoiding damage to healthy tissue.

Independent testing shows Limbus can speed up this contour mapping process by 80 to 90 per cent with accuracy equal to manual mapping, previously the one and only best practice. Limbus reduces the workflow bottleneck that commonly develops between radiation oncologists and radiation therapists who administer the treatments. And that frees up radiation oncologists to spend more time with patients and to pursue their many other tasks. The application requires little training, integrates with any treatment-planning platform, works invisibly in the background and safely operates on local systems with no requirement for cloud technology.

Limbus AI grew out of a question Giambattista raised as a radiation oncologist experienced in contour mapping and its frustrating delays. He wondered whether a machine learning application could be used to improve this process. “I guess it was my idea,’’ he says, “but I credit Jon and Carter for making it work.’’ Not least of their efforts was the 700-page application to the FDA that took more than a year to develop. Giambattista says a typical FDA application costs around $20 million. Limbus’ cost less than $100,000.

The two brothers and their friend Kolbeck, who’s based in Toronto and works in the artificial intelligence space, launched Limbus in 2017. A year later, they pitched radiation technology veteran Karl Otto on the prospect of becoming a partner and mentoring them as they drive Limbus forward. "Karl's inventions paved the way for modern radiation treatment and he's helped millions of cancer patients worldwide," says Giambattista. “He’s an icon. And he’s actually quite involved in day-to-day discussions and operations.’’ Limbus recently brought on board a quality manager as well as a sales manager with a background in radiation therapy, something founders believe is more important than the fact he is new to software sales. Giambattista and Otto work with Limbus on a consulting basis, while brother Jonathan and Kolbeck work full-time with the product.

Limbus is based in Regina and the partners work remotely from their respective regions of Canada. “I see no disadvantage being based in Saskatchewan and, actually, our experience operating as a distributed team was an advantage when COVID happened.’’ Being a smaller player in the provincial tech field has worked to generate more attention than Limbus might have received in another province, Giambattista says, and “being part of the Cultivator business incubator has been really beneficial to us.’’

The partners earned an advantage by being first movers in their medical technology niche but the big dogs are now nipping at their heels – one of the biggest already tried to buy them out. “These are billion dollar companies we’re going up against but, although we’re small, we have far more clinical research than any of our competitors.’’ The Limbus application is in use in clinics in Canada, the U.S., the U.K., Australia, New Zealand, Switzerland and the Netherlands, among other countries. Giambattista says this international interest grew organically through conferences, word-of-mouth from other users and a paper published in a prestigious radiation oncology journal.

Sales are now the priority for Limbus AI and Giambattista says with a chuckle that they’re aiming for good progress on that front or partners may have to begin looking for investors. “It’s still early days in terms of the overall impact of this technology,’’ he says. “But when you look down the road, I think most cancer clinics are going to be using something like this 10 years from now. Our challenge is getting Limbus to market.’’