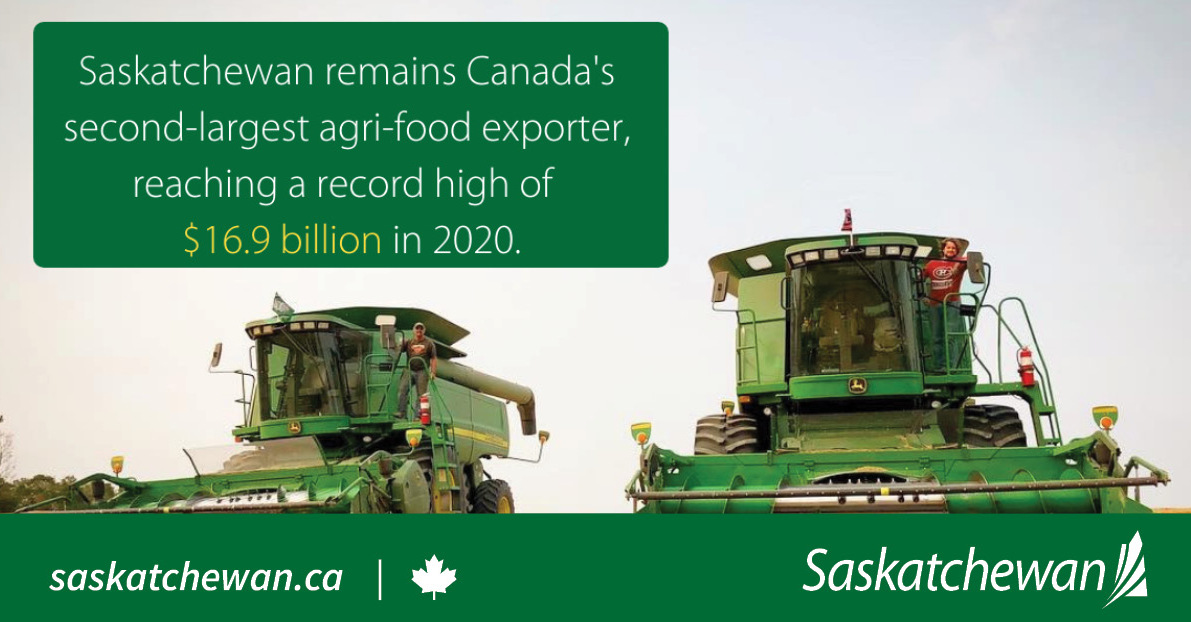 2020 was a record year for agricultural exports in Saskatchewan, helping the province lead the nation in growth of overall export sales over the previous year.

Saskatchewan produced $16.9 billion in agricultural exports last year, a 31 per cent increase from 2019 and a new high for the province.  This represents more than 55 per cent of total provincial exports in 2020, which were valued at $30.4 billion.  This helps bring the province closer to meeting its Growth Plan goals, which include growing agri-food exports to $20 billion and increasing agriculture value-added revenue to $10 billion by 2030.  These strong export numbers also reinforce Saskatchewan’s global reputation as a dependable source of safe, high-quality resources, goods and products.

“Saskatchewan producers grow safe, high-quality food that the world needs and our agriculture exporters remain committed to providing the world with these products,” Agriculture Minister David Marit said.  “I want to commend our producers on their hard work and resilience, which led to a new record in agri-food exports for 2020.”

Increases in primary production as well as a growing value-added sector have contributed to the record agri-food export growth in Saskatchewan. In 2020, value-added exports were $3.2 billion.  Canola oil, canola meal and processed oats were our top value-added products.

Currently, the Government of Saskatchewan is working to open three new trade offices in Singapore, Japan and India in 2021 to support increased export diversification.  The new offices will complement the existing trade office in China, and continued access to Asian markets will benefit our key economic sectors.