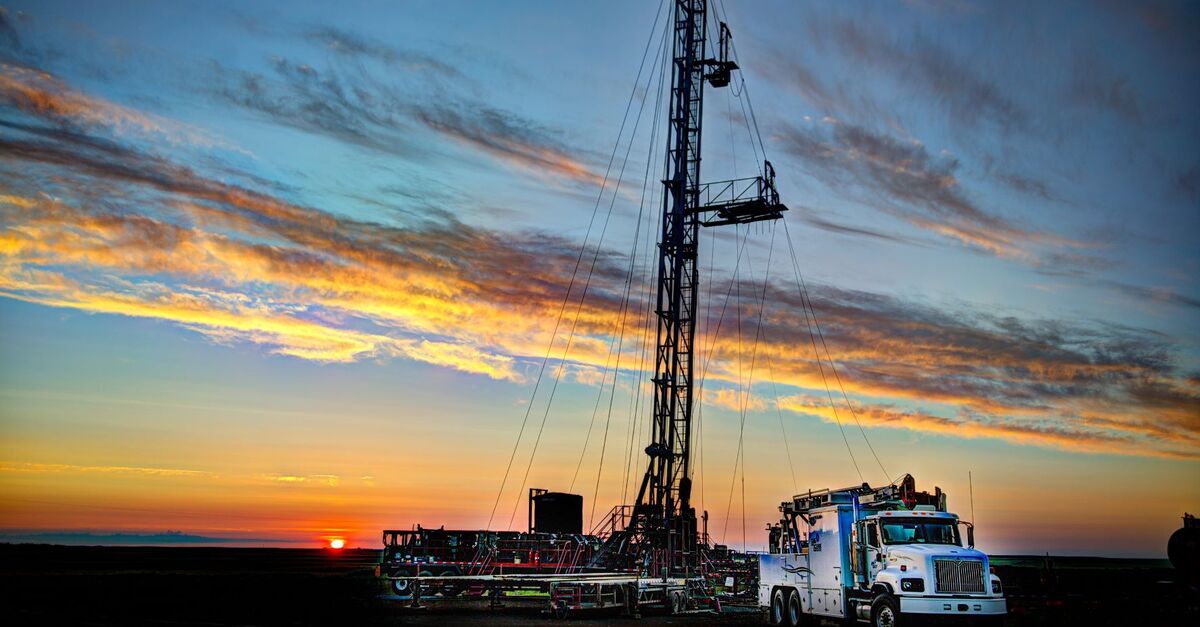 When Andrew Davidson and a group of investors heard about helium in 2016, they had a pretty good feeling that it was stock that could float higher, but little did they realize that it would truly blast off this year. Davidson and his colleagues started Royal Helium six years ago and have watched the price of helium continue to rise. Recently, the company signed a long-term agreement with a major North American space launch company for the supply of helium.

“We didn’t know anything about the helium business when we it was first brought to our attention.  Once it was, we started looking into it and it’s one of those fascinating industries where every different layer that you peel back displays something that is more interesting,” said Davidson.

Helium caught his attention for several reasons, but there are two key features that make it particularly attractive from an investment perspective. Helium is completely inert, so it does not bond or react with any other element on the periodic table making it an ideal purge gas (it doesn’t combust when mixed with other gases). It also remains in liquid form at near absolute zero, making it the best coolant in the world. An added benefit is that helium, for many of its end uses, cannot be substituted with other gases, meaning demand is fairly consistent.

Although perhaps best known for filling balloons, helium has many uses including medical processes. Helium mixtures are used in respiratory treatments for asthma and in Magnetic Resonance Imaging (MRI) machines. The gas is also used to create controlled atmospheres in semiconductor manufacturing, and welding processes.

Whether its uses are for medicine, manufacturing or other new innovations, the resource is gaining plenty of attention. Some of the largest customers buying helium in the world are Amazon, Netflix, Google, NASA, SpaceX, and other companies that perform in-depth research to produce cutting edge technologies. Helium’s importance in global supply chains and new technologies reaffirms its position on Canada’s list of critical minerals.

The first step for Royal Helium was to review existing gas tests, conducted in zones that had previously been explored for oil and gas and had returned values for helium. “It occasionally popped up, so we isolated those places where we found higher concentrations and started putting in applications to the provincial government for permits in those areas,” Davidson said.

Royal Helium officially obtained their first section of land in 2017. Following a few more acquisitions, Davidson took over operations in 2019 after serving on the board of directors.  Today, Royal Helium controls approximately 1 million acres of land prospective for helium extraction in the province.

“Finding deposits like we have in Saskatchewan is a combination of top-notch technical expertise and luck,” said Davidson. Helium is formed from the decay of uranium and thorium and requires a high-quality seal to contain the element within a geological casing or column. “Without a cap rock in place, helium will simply make its way to the surface and escape,” he added.

Royal Helium uses seismic imagery, a common industry practice, to see subsurface structures and evaluate whether they have the potential to contain the gas which can be a long and often disappointing process. The company made its first successful drill in 2021 and has since drilled six more successful wells.

Processing helium can be challenging and requires the separation of approximately 99 per cent of what is extracted to leave you with a very high purity of helium. If an economic helium deposit is discovered, a processing facility is brought to site to separate the helium from other gases. This is just to isolate the precious gas from other elements and does not include the processes of liquefaction.

These processes are becoming more streamlined as knowledge and support grows. “The government’s support of the helium industry has been critical to our rapid development,” Davidson said. “We have a phenomenal working relationship with the Crown, and they understand the strategic and economic importance this industry can have now and long into the future.”

In November 2021, the Government of Saskatchewan released the Helium Action Plan: From Exploration to Exports, that is essentially a roadmap to their goal of contributing ten per cent of the global supply of helium by 2030. This is a realistic goal for many reasons. Not only is the province abundant in the resource, but helium production in Saskatchewan is also significantly less carbon intensive than helium produced in competing jurisdictions. With the shift towards carbon-neutrality, this has become an increasingly attractive component for investors.

“This is a far, far greener product than you would find in other places in the world,” Davidson explained. “We are producing nitrogen which makes up most of the atmosphere, so there is no greenhouse effect to it.”

Land acquired by Royal Helium is in close vicinity to highways and existing oil and gas infrastructure making sites easily accessible for logistic support and providing an ideal environment for the operations to grow and thrive.

One challenge in Canada is the lack of a facilities capable of liquefying helium at a commercial scale. Currently, it is transported to the United States for liquefaction, which causes Canadian companies to incur increased shipping costs and reduced marketability. As a response, the Saskatchewan Ministry of Energy and Resources (ER) is supporting the Saskatchewan Research Council (SRC) with a grant of $140,000 to complete a Helium Liquefaction Hub Study, with results expected in the fall of 2022.

This grant will play an important role in reaching the goals outlined in Saskatchewan’s Helium Action Plan, bringing significant economic benefits to the province, such as the construction of 15 new helium purification and liquefaction facilities, leading to nearly 500 new permanent jobs – not to mention that annual export increases of up to $500 million.

Royal Helium is on track to create its first Saskatchewan processing plant near the village of Climax. Davidson said the technology to create the plant has been around for 50 years and is very well-known and commercially-available, but the trick is that every area has different gases that are being extracted so the technology must be adapted for local considerations.

He added that the plant has been designed and engineered and all the component parts have been sent to potential vendors for bids on supply and contrustion. Once the tendering process has been completed, he said construction should begin this fall and wrap up by next spring.

Once the helium has been extracted from the ground and processed, it will be shipped to the United States to be liquefied. Not only is helium most useful as a liquid, but it also easier to store and ship around the world.

With stable, rising prices and limited, non-renewable sources for helium worldwide, Royal Helium intends to become a leading North American producer of this high value commodity. When it comes to up-and-coming Saskatchewan businesses, Royal Helium Ltd. is one to watch.

Beyond Royal Helium, Saskatchewan has many other producers seeking to capitalize on this opportunity. Companies like North American Helium Inc., Helium Evolution, Global Helium Corp., and Canadian Helium Inc., who are all expected to continue growing and help Saskatchewan reach its Helium Action Plan goals.