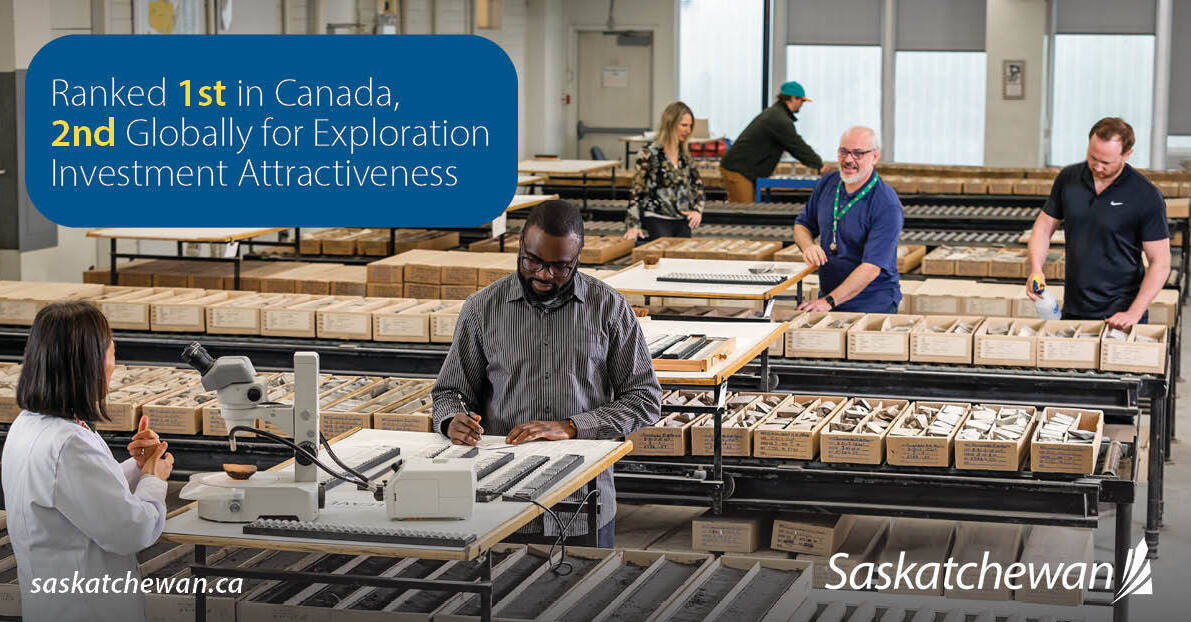 Saskatchewan has retained its #1 spot as the best place in Canada, and is the second-best jurisdiction globally, for mining investment attractiveness, according to the 2021 Fraser Institute Annual Survey of Mining Companies.

"Saskatchewan is poised to be a critical minerals powerhouse," Energy and Resources Minister Bronwyn Eyre said. "We are a global leader in uranium and potash production and an emerging producer of helium, lithium, copper, zinc and rare earths. The world needs what Saskatchewan has to offer."

The Survey calculates an Investment Attractiveness Index based on factors such as jurisdictional stability, regulations, competitive tax regimes, infrastructure and geological attractiveness. With 84 mining jurisdictions included in the 2021 Survey, Saskatchewan received a score of 88.32, only two points behind Western Australia, the top-ranked jurisdiction.

Saskatchewan has occurrences of 23 of 31 critical minerals necessary, according to Canada's critics minerals list, for "sustainable, economic success," including potash, uranium, helium, lithium, copper and rare earth elements (REE). Saskatchewan saw record potash sales in 2021, which accounted for one-third of global potash production. In 2020, the Government of Saskatchewan announced $31 million for the Saskatchewan Research Council to establish a REE Processing Facility, that is expected to be fully operational by 2024. New support to accelerate the development of helium processing and liquefaction hubs in the province was also recently announced.

The Targeted Mineral Exploration Incentive (TMEI) program provides a 25 per cent rebate, up to a maximum of $50,000 per year, to encourage drilling activity in support of exploration in Saskatchewan. Preliminary estimates indicate the TMEI reached another all-time high in 2021-22, attracting $11.7 million of investment and about 140 new drill holes for programs dedicated to exploration of gold, silver, copper, nickel, cobalt, zinc and platinum group metals.

Saskatchewan's mining sector generated $8.6 billion in sales in 2021, the second-highest level on record. Exploration expenditures were $214 million and are estimated to increase to $263 million in 2022. The mining sector delivers tens of thousands of direct and indirect jobs and is a key economic driver across the province.