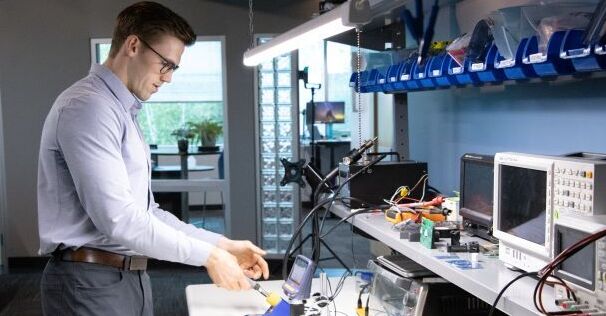 Jeff Shirley has learned one of life’s curious and little-known lessons: “Bees are more addictive than most drugs.’’
That’s the comparison Shirley uses to describe how he and his spouse Julie turned a one-hive beekeeping hobby into a 300-hive apiary called Blue Heron Gardens, located at their farm near Saskatoon.
But this story isn’t really about bees.
Shirley, founder and CEO of Saskatoon’s Rivercity Innovations (RCI), formerly Rivercity Technology Services, parlayed his budding knowledge of the beekeeping world into a GPS tracking device that uses cellular technology to alert beekeepers when someone unexpectedly moves or tries to steal their hives. Knowing that beehive theft isn’t a huge problem in Saskatchewan, Shirley says his goal was to develop the technology for wider use in rural crime reduction. The resulting BeeSecure monitor and app, created with his co-founder Lance Pitka with support from the Government of Saskatchewan, won the province’s inaugural Rural Crime Innovation Challenge, which aims to help create technologies that reduce rural crime.
Today, BeeSecure customers use the devices to track or monitor just about anything left unattended. “It can be used for motorcycles, trailers, sleds, quads, boats, ATVs,’’ says Shirley. “We even have people in Alberta who put them on the collars of their goats because goats are nomadic and they want to know where their goat herds are at all times.’’
But this story isn’t really about protecting boats or goats, either.
While RCI’s GPS tracking system worked well in much of its west-central Saskatchewan test market area, it did not work in remote areas with little or no cellular coverage. So RCI began experimenting with a long-range (LoRa) network, a data transmission protocol with limited bandwidth but much greater range. LoRa also uses far less power and requires no SIM card or data plan, which can make it significantly less expensive to operate.
LoRa proved to be a very good solution for tracking applications. “Outdoors, LoRa can transmit 30 to 40 kilometres,’’ says Pitka, Chief Technology Officer at RCI. “We can have a small device that runs on one battery and that battery lasts 10 years.’’ Pitka and Shirley soon realized LoRa networks could be used for many other applications, including door sensors, motion detectors and temperature sensors. “We’re more limited by ideas and opportunities than we are by technology,’’ says Pitka.
It was around that time that Pitka was approached by a contact whose client had suffered a big loss due to faulty refrigeration of medicines at a pharmacy. He wondered whether RCI had any temperature monitoring solutions to safeguard inventory. “I just had to do a very minimal amount of modifications to my software and it was a perfect solution for pharmacies,’’ says Pitka.
Pitka learned that many grocery stores housing pharmacies have issues with temperature control of food. One store manager asked Pitka whether RCI’s pharmacy solution could be used for groceries. “It absolutely can,’’ Pitka told him.
Backed largely by investors, RCI started reaching out to grocery companies – a large and lucrative market – and business took off. “Cold chain temperature monitoring of food and medicines is by far our largest market,’’ says Pitka.
RCI’s BeeSecure tracking and safety products continue to sell well on the brand’s website. But today, the company focuses much of its energy on sales and marketing of cold chain monitoring solutions, especially in Europe. That’s largely due to a relationship that began when RCI participated in a virtual trade mission to France that was sponsored by the Canadian government. Shirley and Pitka were introduced to representatives of French company Kinéis, a satellite operator created by the French space agency to advance the Internet of Things (IoT) using LoRa networks and satellites. The partners eventually aim to offer monitoring solutions with no geographic limitations.
While LoRa networks in Canada are currently available only in larger centres, they blanket France, which has a population of about 68 million people. Shirley says RCI and Kinéis expect to roll out their first product in 2023.
RCI’s French connection has led to other European business, as well. Shirley says he now has a Spanish distributor for his cold chain monitoring system and just recently closed a deal that was one year in the making. Meanwhile in Saskatchewan, RCI is exploring opportunities with SaskTel as the Crown corporation expands its LoRa network coverage beyond large centres.
Competition? “Sure, it’s all over the place,’’ says Shirley. “But most of our competition uses cellular-based or Bluetooth solutions.’’
Shirley says business is going well and RCI has supportive investors; however, the tech industry is going through some tough times right now and everyone’s feeling the pinch. While he’s quick to point out that his companies have benefited significantly from provincial and federal government support, like the Saskatchewan Technology Start-up Incentive (STSI), the use of that money went strictly towards the creation of full-time jobs.
Shirley says Saskatchewan start-up tech companies provide strong support for each other, and operate within a government and education infrastructure tooled to help accommodate their success. Efforts are being made to grow the ecosystem in the province through programs such as Innovation Saskatchewan, Cultivator powered by Conexus, and several other incubators/accelerators.
“More tech investors need to come here and learn about the hugely successful tech companies that were born in Saskatchewan – Skip the Dishes, 7Shifts, Coconut Software and Vendasta, to name a few. We hope they consider meeting with Rivercity and becoming a part of our growth in cold chain monitoring and innovative IoT solutions.’’
Read More 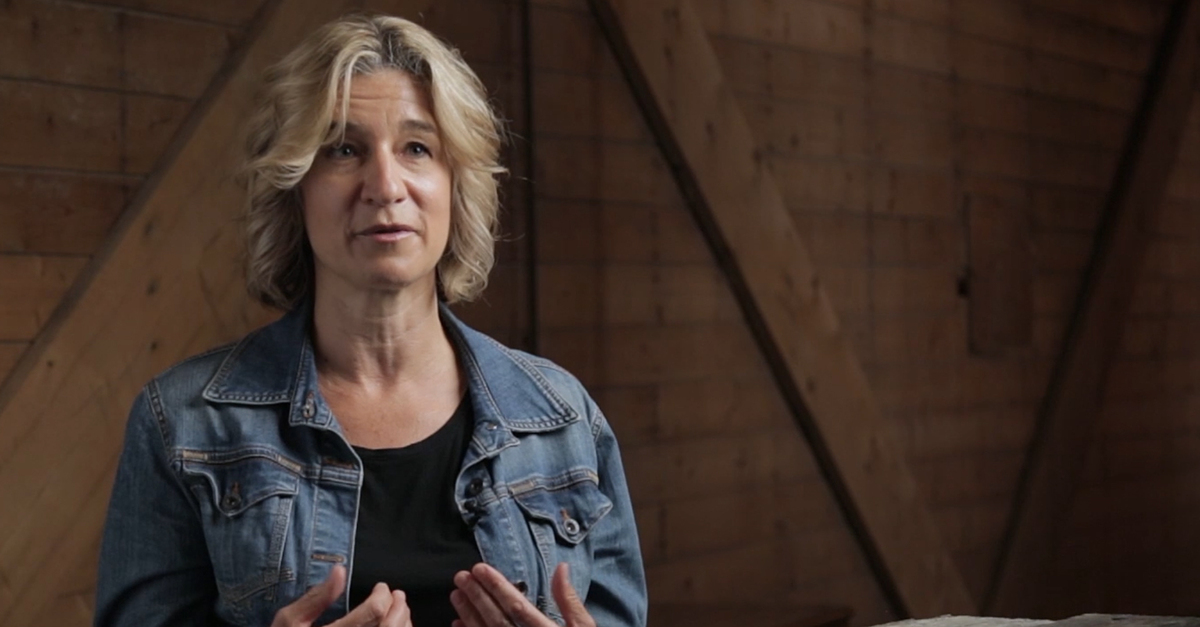 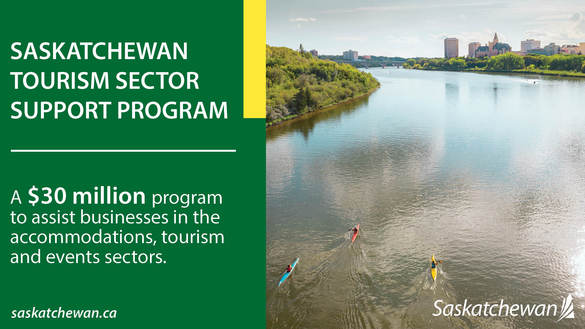 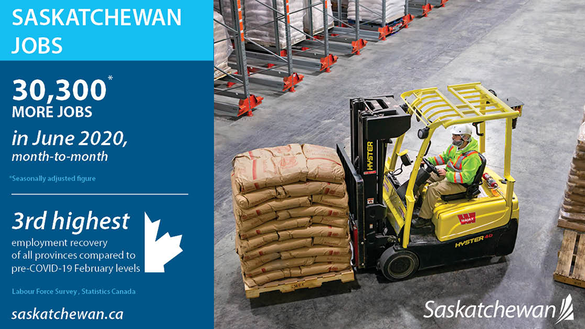 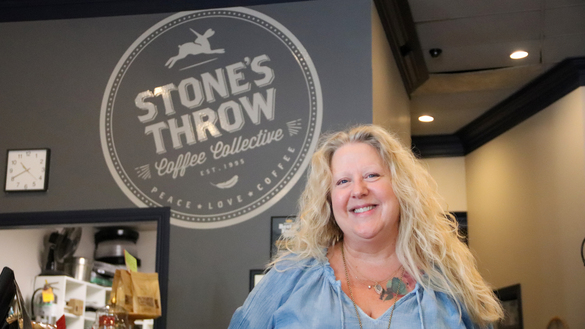 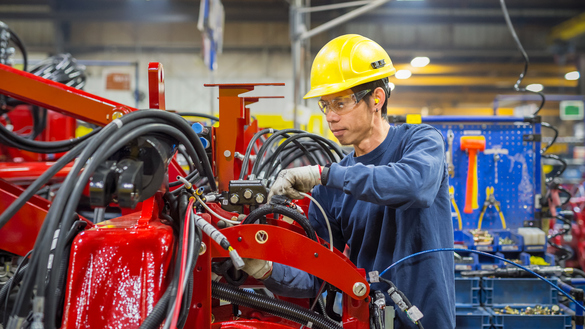 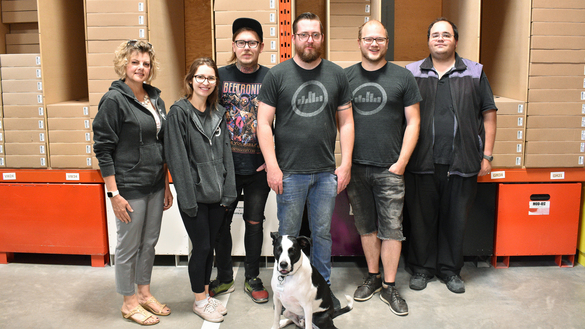 Temple Audio put the Pedal to the Metal

A Recipe for Success 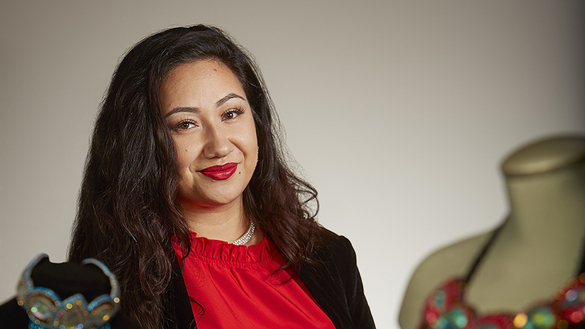 Brewing up a Dream